Holy Family Academy is a private, independent K-12 school dedicated to the Magisterium of the Catholic Church. We are not affiliated with the Arlington Diocese, but have helped parents provide their children with an education based on the classics of Western Civilization, Catholic culture, and the lives of the Saints since 1993. Holy Family is a proud member of The National Association of Private, Catholic & Independent Schools

About 50 years ago, Fr. Joseph Ratzinger gave his opinions on the future of the Church. Among other things, he said,  “It seems certain to me that the Church is facing very hard times. The real crisis has scarcely begun. We will have to count on terrific upheavals.”  Later as Cardinal and then as Pope, he would express similar sentiments like the Springtime of Christianity being the necessarily preceded by the blood of the martyrs.
Most of us thought that the coming persecutions would be increasingly aggressive secular forces. This is certainly still at work in society, but now many people are realizing that the “upheavels” that would severely damage the Church are coming from within. Clearly there is a refusal in much of the Church hierarchy to acknowledge the systematic cover-up of sexual abuse and the gross immorality among some of its members. In some respects the future of the Church is very uncertain right now.
This uncertainty makes the mission of Holy Family Academy all the more important. Our mission is to help Catholic parents pass our Faith and heritage on to our children. We have to teach our children the truth of Catholic history and tradition so that we know from where we came. We need the lives of the saints and authentic Catholic heroes so we know who to imitate and follow. We need the beauty of virtue forged by the right use of freedom so that we know how to get to our destination. Most importantly, because we are a school, we need the richness of our Catholic intellectual tradition so that we can discern both the events of these confusing times and the mysteries of the Divine Kingdom.
In the Dark Ages after the fall of the Roman Empire, monasteries preserved & developed the treasures of Catholic culture. We don’t have many monasteries left anymore. In these times it is up to Catholic families to preserve and develop true Catholic culture. Our mission is to help you do this.
Fifty years ago, Fr. Ratzinger also said this:

But I am equally certain about what will remain at the end: not the Church of the political cult, which is dead already, but the Church of faith. It may well no longer be the dominant social power to the extent that she was until recently; but it will enjoy a fresh blossoming and be seen as man’s home, where he will find life and hope beyond death.

Back to School Message

While the end of summer is always sad, it is good to be back in school. We have new pews in the Chapel, donated from St. Jude’s in Fredericksburg. They look beautiful and they work so much better. Thank you to everyone who helped with this project. Please join us for Mass whenever you can.

As I sat down for Mass on the first day of school, I felt a major gift of satisfaction and consolation in the work of Holy Family and the situation in the Church as a whole. Many of you are well aware that the Church is going through a very confusing time right now. The crisis of abuse cover-up and the revelations that certain clerics tolerated and, even abetted, gross clerical immorality are testing the faith of the laity and wrongly casting shadows on good priests and bishops. However, this could be a valuable opportunity for healing, reform and renewal. We need the TRUTH to come out. We need more AG reports and we need more bishops to go public with what they knew and what they did. And while we might be disappointed and further tested in what is uncovered, we need to stay on the side of TRUTH.

“If you remain in my word, then you will truly be my disciples, and you will know the Truth and the Truth will set you free.” (Jn 8:31-32)

Summer Reading List
Upper-School Teachers will test on the readings at the beginning of the year.

St. Anne Program for Children with Down Syndrome 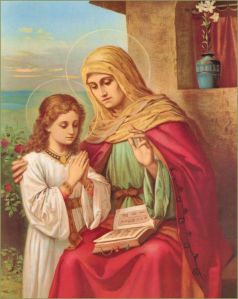 A classical Co-Op for Children with Down Syndrome The Classes and Book Lists are here!

*Reminder to all students: Be sure to do your summer reading. All students will be tested at the beginning of the school year.

How to Search for HFA News

Latest news posts show up to the left, but you may also search for the information you are looking for by using the search box, the news by month menu or the news by category menu.